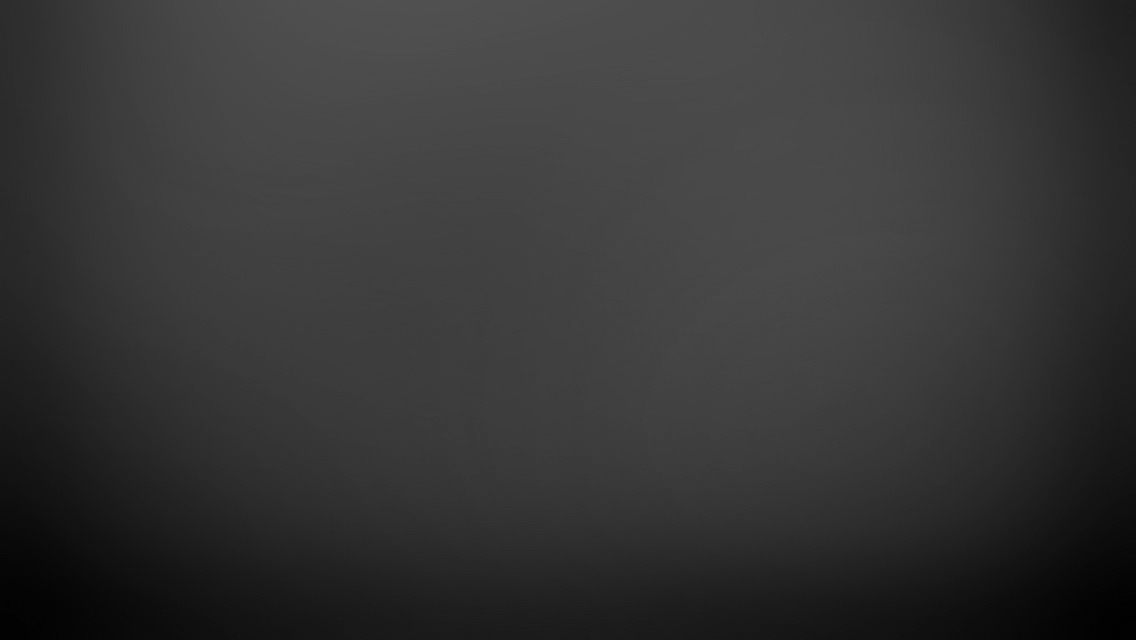 I just posted a functional AccumuloStorage module to github.

Here’s how you use it (also in the github README)

Note: you will need to download the accumulo src, build it, and install it into your maven repo before this will work

This will create a JAR file here:

This should have copied the needed dependency jars into a

###3. Print the register statements we will need in pig

Here is some example output

Copy the register statements above and paste them into the pig terminal. Then you can LOAD from and STORE into accumulo.

Here are the pig commands run if you don’t want to look through the output above:

would only keep the newest copy, but for columns/tables with aggregation configured (e.g. using ) we definitely don’t want this.

Gora needs to be patched for support for Accumulo.  This patch should be considered beta, but I found it works good enough for experimenting with Nutch/GORA.  Note:

is used because some of the tests seemed to hang indefinitely, so I skipped them for now.

Set the JAVA_HOME variable in

. Here is an example from my system: 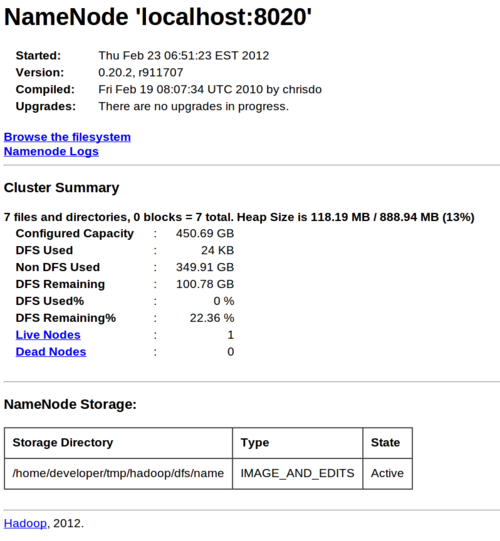 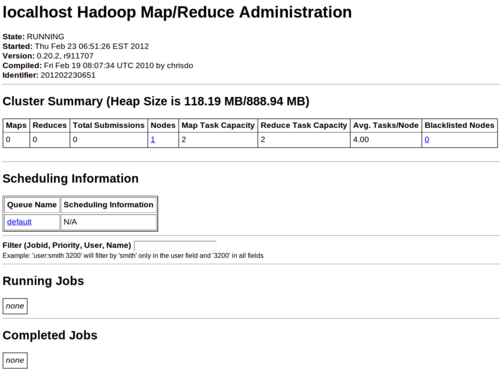 listed after and respectively.

. Create this file if it does not exist. NOTE: replace with your username.

It will output a bunch of logging messages, this is fine. Press

, and then you should be dropped into a shell this a prompt that looks like the following:

and then . You should see a single line of output (followed again by a prompt) that looks like the following:

. At the top of the file, define HADOOP_HOME, ZOOKEEPER_HOME, and JAVA_HOME. Here is an example:

You should see similar output to this. I set my instance name to

and my password to . You may want to do the same for the sake of this tutorial or make sure to set the correct config parameters later.

Note: If it appears to hang after you entered the instance name, zookeeper may not be running.

the accumulo init and make sure zookeeper is running. 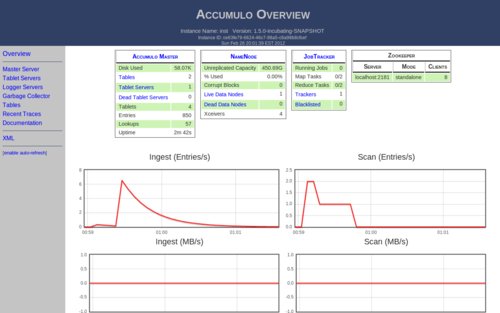 Update (3/2): someone told me that they had problems getting nutch to build and that this patch worked for them (even though the patch is for GORA). I would be curious if anyone else has this same issue. Here is the error they encountered when building with

My name is Jason Trost. I am a developer and security researcher deeply interested in Big Data/cloud computing and machine Learning. I have a few years experience using Hadoop and Mapreduce to process and analyze computer network and security data. I also have experience developing applications with Apache Accumulo and Backtype’s Storm. I like Java and python, as well as UNIX shell scripting. This blog is going to cover topics ranging from processing data with Hadoop and MapReduce to applied machine learning techniques to interesting hacking and computer network defense tools I encounter. I am always open to requests for blog posts…